We have been facing the Covid-19 pandemic, which has now finally started to slow, enabling us to spend more time in the nature where we can relax and forget about the difficulties we have been dealing with. But we shouldn’t forget that Slovenia is a country known for having the highest number of registered patients with Lyme disease per 100,000 inhabitants in the world. Lyme disease is widely spoken about these days, but do we know which facts about it are true and which are not?

1. Lyme disease is caused by ticks.
No. Lyme disease is a bacterial disease caused by the bacteria Borrelia burgdorferi senzu lato, whereas ticks are by far the most common carriers of the disease. The bacteria dwells in rodents, birds, game, and lizards but it doesn’t cause any symptoms of the disease in these animals. Ticks’ lifecycle consists of them biting their hosts on several occasions, thereby transmitting the bacteria from the previous host to the new one. Every nymph or adult tick bites at least one or two hosts prior to biting people.

3. Lyme disease rash, erythema migrans or bullseye is the first symptom of the disease and it always erupts in the early stage of the disease.
Unfortunately, this is not true. Lyme disease rash is a red area that usually appears at the site of a tick bite more than 48 hours after the bite. Typical of it is that it spreads and it is most commonly shaped as a bullseye with a prominent centre spreading out to form a ring. This is a reliable clinical sign attesting to an early infection with Borrelia burgdorferi. Unfortunately, the erythema does not always appear; it is assumed that it can be absent in almost 40% of the infected patients. It is also often not bullseye-shaped.

4. Lyme disease rash must measure more than 10cm in diameter.
Not true; often, it is even larger. Its size depends on the place and time of infection. It usually spreads and doesn’t spontaneously disappear for at least 7 days, which differs it from a local reaction after a tick bite where redness of approximately 2cm is present and usually disappears within 5 days. A typical feature of Lyme erythema is that it spreads quickly and can increase by more than 1cm in diameter in one day. It’s usually not painful, only slightly itchy, but this is not its distinctive feature.

5. Lyme disease is an acute and easily treatable disease.
Unfortunately, this is not always true. The disease often goes unrecognised or an infected person might not notice the presence of the Lyme erythema, which is why the infection unnoticeably spreads to other organs. The infection also often stays hidden and breaks out months or perhaps even years later, regardless of whether we were treated with antibiotics or not.

6. The disease has a typical clinical picture, similar to other infectious diseases.
Absolutely not true. Polymorphism is typical of this disease; the bacteria can infect virtually every body organ without any specific sequence.

7. Making a diagnosis is simple because of the availability of serologic testing.
Unfortunately, this is not true; blood tests usually show false seropositivity of early IgM antibodies and, unfortunately, also false seronegativity of late IgG antibodies. So far, no test has been found to actually confirm or discard infections with Borrelia burgdorferi. The correct diagnosis can only be made by experts in this disease, taking into consideration patient’s statements and symptoms, whereas serology is only meant as support. Laboratory data can support the diagnosis, but they can’t exclude it!

9. Ticks can only transmit one disease to people.
This is a common mistake, as ticks can infect us with three or more pathogenic microorganisms with only a single bite. Biologists have proven that ticks carry a minimum of 83 different types of pathogens in their lymphatic system. As a result, it often happens that we get three or more infections at the same time. This is also often the reason why certain patients don’t recover after treatment because the antibiotic did not work on other disease agents.

10. A serologic blood test after antibiotic treatment is a proof of recovery.
Unfortunately, there is no laboratory method that could definitely prove complete recovery. More important are clinical indicators and disease follow-up by an infectious disease doctor who has in-depth knowledge in this disease.

Visit the Spa Centre to pamper yourself in thermal baths preserved since 1874; as the water coats your body, its small air bubbles refresh and its thermal effect relaxes and heals, leaving your skin silky soft. 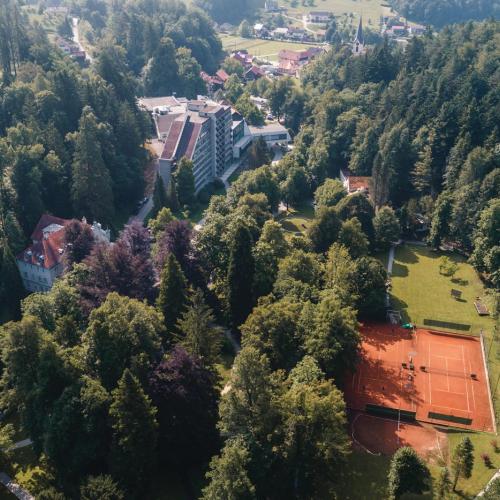 Dobrna is situated in unspoilt nature 375 metres above sea level in the SE of Slovenia; it lies half way between Celje and Velenje, only 14 km away from the highway connection. 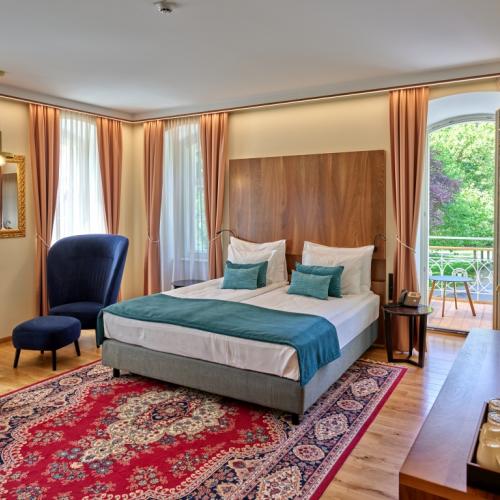 Organising a seminar requires a special approach, experience and knowledge, suitable environment, modern equipped rooms and additional services for motivating and relaxing participants. Trust us with the preparation for your event.